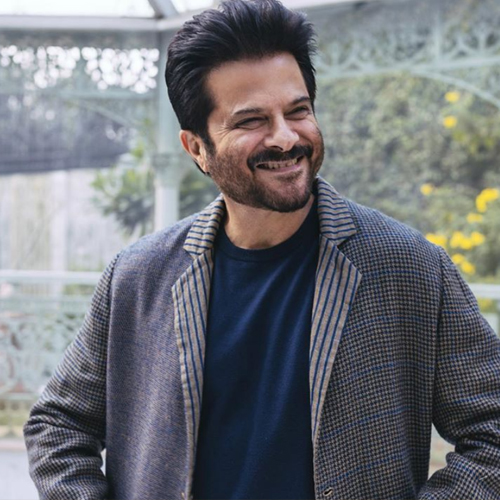 A female fan on Friday photoshopped herself into Anil Kapoor’s picture, and Anil Kapoor, to her surprise, replied to her message.

A fan named Harrida shared a picture of Kapoor where she creatively photoshopped herself in the frame, and wrote, “What are we talking about, sir?”

Her efforts didn’t go unnoticed as post her message, very quickly Kapoor replied, “I guess maybe we are probably talking about breakfast.”

Harrida, overwhelmed by his response wrote back, “Maybe the best breakfast of my life.”

It all started when Anil Kapoor posted his pic relaxing on the beach. He captioned it as, “From gruelling night shots to calm mornings”.

Anil’s current movie Malang will hit the theatres soon, in which he portrays the role of police inspector, in a grey shade. 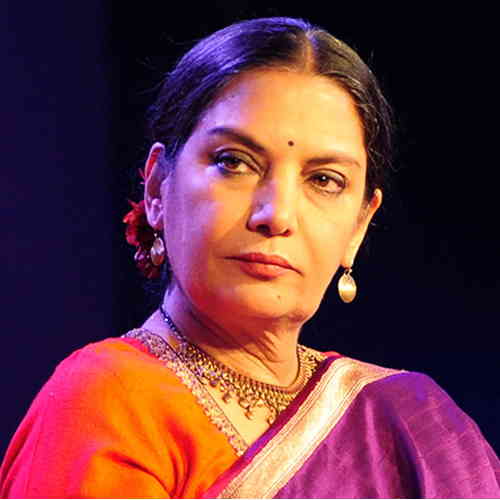 An FIR has been lodged against actor-writer Shabana Azmi’s driver, Kamath, after her car met with an accident on Mumbai-Pune expressway, confirmed a police officer.

An FIR read that the reason for the accident was rash driving. The truck driver whose truck was hit by the car had filed an FIR.

“She’s stable now and under observation”, said Dr. Santosh Shetty, Executive Director and CEO of Ambani hospital, where Azmi is admitted for treatment.

Azmi met with an accident when her car rear ended into a truck. Azmi’s driver tried to overtake another vehicle and the car crashed into the moving truck from the rear.

Within 15 minutes of the accident, the police team reached the spot, but first responders had already taken Azmi to MGM Hospital in Kamothe. Azmi, who was sitting in the passenger seat behind her driver sustained injuries to her face. She was later declared out of danger and shifted to Kokilaben Dhirubhai Ambani Hospital in Andheri.

Both the truck driver and Kamath were at the site when the police arrived. The police said on Saturday that they are in the process of registering a case under sections 279 (rash and negligent driving) and 337 (causing hurt by negligence) of the Indian Penal Code (IPC) against Azmi’s driver. 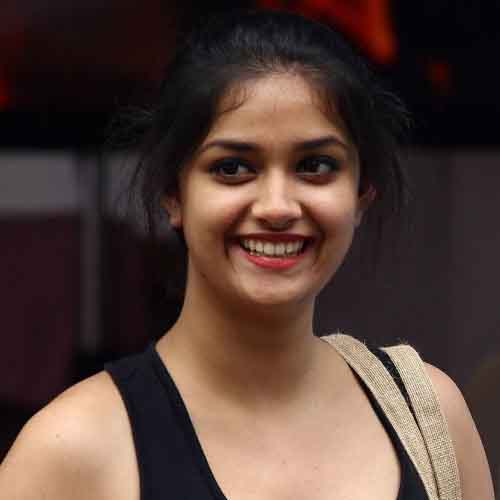 Earlier it has been fixed that Keerthy Suresh, national award-winning South actor was all set to be launched in Bollywood opposite Ajay Devgn in Amit Sharma’s sports drama, Maidaan. However, she has now opted out of the film.

Keerthy and producer Boney Kapoor mutually agreed that she should no longer be a part of the project, as she would be too young for the role. She was supposed to play the wife of Ajay, who is essaying the role of former football coach and manager of the Indian national team Syed Abdul Rahim, under whose guidance the Indian team reached the semi-finals of the 1956 Melbourne Olympics.

There were reservations about the 27-year-old Keerthy playing an older character again after Mahanati, which showed the journey of former South superstar Savitri from her first film to her death at the age of 45. The actor as well as Boney felt that she could be typecast and be offered only roles that were older, which could hamper her prospects in Bollywood. The two of them amicably decided that she should pick a different film to make her Hindi debut with.

Source: Keerthy Suresh not to make her Bollywood debut in Ajay Devgn’s Maidaan 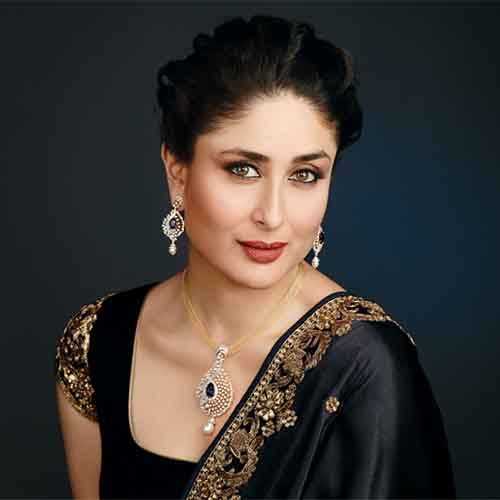 Actress Kareena Kapoor Khan is much excited about the success of ‘Tanhaji: The Unsung Warrior‘, that casts Saif Ali Khan in a pivotal role.

“I am really excited. I am happy and thankful that the film is being appreciated by the audience,” said Kareena, while interacting with the media at a meet-and-greet session she attended with Saif in Mumbai.

In ‘Tanhaji’, Saif plays Udaybhan Singh Rathore, the Rajput fort keeper in the regime of Jai Singh I who was loyal to the Mughal emperor Aurangzeb. His performance too has been widely appreciated.

The film that opened on January 10 starring Ajay Devgn in the title role, made the makers smile all their way to the bank since its release.

Directed by Om Raut and co-produced by Ajay Devgn, the film based on the life of brave valiant Maratha warrior Tanaji Malusare, the military leader of Chhatrapati Shivaji Maharaj’s army, also casts Kajol in the role of Tanhaji’s wife and Sharad Kelkar as Chhatrapati Shivaji. 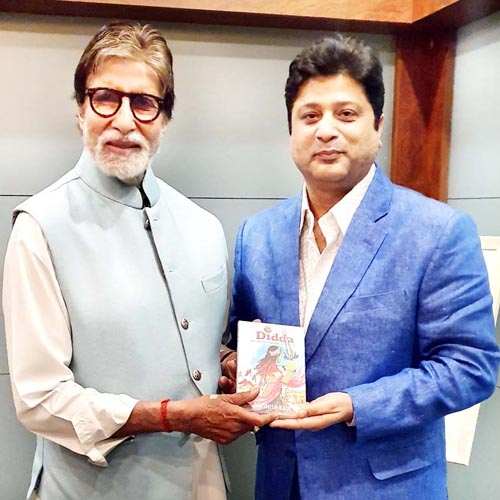 The book is a tribute not just to the warrior queen, but it also salutes the courage Didda showed from the beginning. Unlike many warrior princess or Queens, Didda was an abandoned child by her parents.

Born in 925 AD, the beautiful princess Didda not only won over death, but also survived after being pushed into Sati. The courageous flesh also went on to create the world’s first commando force, counter-intelligence mechanism and invented the deadly Guerrilla warfare strategy.

The untold story of a woman’s rise to power during the 10th century, the legend of Didda is entwined with the life of solitary struggles against the prejudice and patriarchy.

She overcomes her physical disability and rises to crush the mutiny by the Prime Minister to take control of a kingdom on the verge of disintegration. She makes sure to ensure the Kingdom transforms into one of the largest and most feared kingdoms.

She eventually went on to rule the unified Kashmir encompassing the Lohar Kingdom and Kashmir for a period of 44 years, taking it to glorious heights and making it the most powerful kingdom in medieval Asia.

“It was extremely overwhelming to have Amit Ji do the honours despite his extremely busy schedule and year-long prior commitments. Didda – The Warrior Queen of Kashmir is the greatest daughter of India who guarded undivided India for 44 years. It was only natural for me to request time from India’s greatest son. History has been unkind to women who yield tremendous power; Didda too was erased from history because men could not accept her genius. Amit ji’s support is a milestone in my endeavour of bringing forth the forgotten glory of the legendary women of Kashmir,” said Kaul. 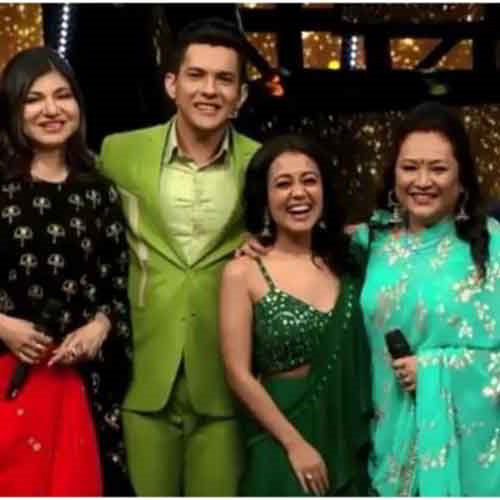 Famous Bollywood singer Neha Kakkar is said to marry well known anchor-singer Aditya Narayan. Neha and Aditya are seen together in the music reality show, Indian Idol 11. While Neha is one of the judges in the show, Aditya hosts the show.

In one of the promos, Aditya’s father, veteran singer Udit Narayan arrived on the show and announced his son’s marriage with Neha. He was seen bringing ‘shagun’ (a gift or token) for Neha and was accompanied by his wife, Aditya’s mother. To add to this, Neha’s parents too appeared on the show, saying that they accept Aditya as their son-in-law.

Udit Narayan and Neha’s father hug each other after that, thus accepting the relationship. Further, Aditya announces that he is getting married to Neha on February 14.

To find out if this is true, we will have to wait till the D-day arrives! 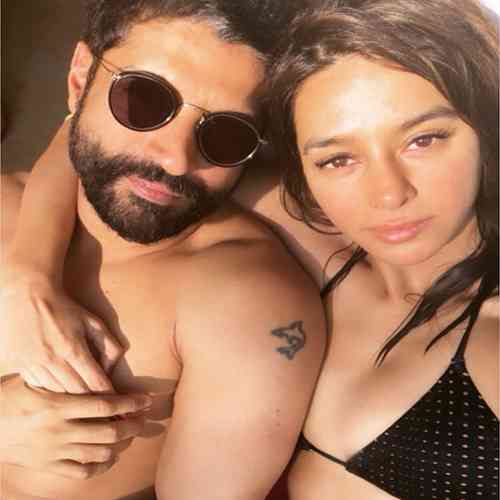 Over the time Farhan Akthar has been heard for his relationship with Shibani Dandekar. A report had stated that Farhan and Shibani will seal the deal in 2020. Recently, Farhan’s father and lyricist, Javed Akhtar opened up about the same.

Javed Akhtar was clueless as he was asked to comment on his son’s wedding reports. He also said that he has met Shibani many times and she is a ‘sweet girl’.

Javed said, “I have just heard it from you. I was with Farhan on his birthday, which was the day before yesterday. He didn’t tell me anything about this. But you never know, children can be very secretive.“